Located at the gates of the Basque Country, at the confluence of the Nive and Adour rivers, the ancient fortified city of Bayonne, labeled “City of Art and History®”, offers visitors its architectural treasures: Vauban fortifications, old castle, historic pedestrian areas and sacred gems like its Cathedral and its Cloister. Emblem of the city, classified as a World Heritage Site by Unesco since 1998 as part of the Route of the Roads to Santiago de Compostela, the Cathedral of Saint Mary is instantly recognizable by its two Gothic towers topped with two slender spiers in the sky of Bayonne. Majestic, like a queen seated on her throne overlooking the entire old town. Imposing, like a medieval sentry with the appearance of a fortress. Mysterious, with its peculiarities and legends. Direction old Bayonne to unravel the mysteries of this great lady during a visit rich in history and discoveries!

In the heart of the old town of Bayonne

Did you know that Bayonne, due to its geographical location linking Europe to the Iberian Peninsula, was naturally predisposed to play a dual role of strong and spiritual place throughout history? A major monument of the Gothic movement, the Sainte-Marie Cathedral bears witness to this rich religious past and is worth a visit. Do not stop at its massive facade, it is only elegance and lightness inside.

The cathedral contains a reliquary containing the body of Saint Léon, bishop of Bayonne who arrived around the year 900 to re-Christianize the region which suffered repeated assaults and looting by the Normans. The city is then in religious perdition, without clergy or church. In 1023, Bayonne became the capital of Labourd. Its history really begins in 1056, when the bishop of Bazas, Raymond II the Younger, was entrusted with the mission of raising the Church of Bayonne.

A first Romanesque cathedral, prior to the one existing today, then stands on the site of the Temple of Mars, which once occupied the old town. Its construction in 1213 inaugurates the great era of Bayonne, the city constituting a major stage on the road to Saint-Jacques de Compostelle in France. However, in 1258, a huge fire destroyed half of the city and part of the choir of the church. In their distress, the Bayonnais decided to rebuild this religious monument by bringing in an architect expert in new so-called “Gothic” construction techniques. Of Champagne influence, it draws inspiration from Reims for its plans and its choir and from Soissons for its ambulatory and chapels. This fortress built of Mousserolles stones and Bidache stones denotes among all the southern Gothic religious buildings, certainly under the influence and knowledge conveyed by the pilgrims of Saint-Jacques de Compostelle. Its construction continues in the 14 th and 15 th centuries. Its cloister, of flamboyant Gothic style, becomes one of the most spacious in France.

When arriving in Bayonne, one cannot miss this great lady who dominates the horizon from her 83 meters high! The feeling of being tiny in the face of the work and the human genius of this construction invades us. This emblematic monument of the city is remarkable in every way. By its slenderness towards the sky, it remains the symbol of an institution, of its power and of its power. Through its architecture, it embodies the perfect example of the evolution of the monumental Gothic style with the technical prowess of the time. Here, no Quasimodo, but beautiful legends, serenity, silence and curiosities. Here we go for a great discovery!

We are now starting our visit: let's sit down at Square Chanoine Dubarat in front of the square and the monumental facade and observe! A question comes directly to our mind: why are the eardrums and arches empty on this sumptuous facade? Because the statues were demolished during the Revolution. Only the south portal of the cathedral was not ransacked by the revolutionaries, still allowing to admire a Christ in glory surrounded by six Apostles.

Taking a guided tour with the tour guides from the Bayonne Tourist Office is the best way to discover the Cathedral and the city.

Let's take a tour of the Cathedral. At the north portal, Place Pasteur, looking up to the capitals, we discover four typical figurines: a stonemason, a pilgrim from Compostela, a beggar with his crutch and a pelota player with his chistera, this traditional palm game Basque being already very popular in the Middle Ages!

Now let's go inside to admire its splendor from the inside. Entering the Cathedral, we admire this marvel of architecture: the ogival nave 77 meters long, 26.5 meters high and 33 meters wide is offered to us. By comparison, Notre-Dame de Paris has a length of 127 meters, a width of 48 meters and a vault height of 33 meters at the level of the nave and the choir.

We are dazzled by its elegance, its light, its beautiful proportions and its slenderness. Around the choir, the ambulatory opens onto 7 radiating chapels decorated with painted frescoes representing a celestial vault.

The colored keystones represent the different districts of Bayonne and bear witness to both the past and the present of the city. The decoration still bears the traces of the Anglo-Gascon occupation: the lilies of France have succeeded the leopards of England. To the south-east, the Bayonnaise Nave recalls the naval power of the medieval town.

When the sun repaints the colors of the stained-glass windows in the Cathedral, the magic operates: a soft alliance between shadow and light seizes us. We take full advantage of the sacredness of the place by observing this serenity.

For an original visit of Bayonne, let yourself be guided by Street-art, and admire the colorful frescoes on the facades, at the rate of an artistic walk. Then continue with a visit to the botanical garden of Bayonne.

One of the largest cloisters in France

On our peaceful way to the chapels of the choir, we see a light beam letting in the day: it is the door of the cloister. High up in the passage of the cloister, we admire four paintings of the 18th century representing the Annunciation, Nativity, Adoration of the Magi and the Flight into Egypt. We pass this majestic door to observe this unique curiosity: it is one of the largest cloisters in France. Built between 1213 and 1240, it reveals magnificent arcades lit by twin twin bays and 3 rosettes. It was once used as a cemetery, a vocation recalled by a series of tombs present, before being used as a market open to the public.

Read our article on visiting the city of Bayonne (fr).

As our exploration of Bayonne Cathedral comes to an end, we take the time to sit down and continue our contemplation, while respecting the sacredness of the place. A great marvel of Gothic architecture, it gives a glimpse of the power of Catholicism through the centuries, arousing the admiration of the faithful and passing visitors.

Before leaving, take a look at the Etxe Peio store, to bring back a basket of delicacies in this store where 70% of the products are made in Espelette. Other stores are available in the Basque Country! And at the end of the day, go for a walk in one of the city's bars, here are some suggestions for good addresses: the Top 5 bars in Bayonne.

Our Top 5 of the most beautiful markets in the Basque Country!

Our Top 5 of the most beautiful markets in the Basque Country!

Sports and winter activities to enjoy the snow, near Bayonne and Biarritz

Sports and winter activities to enjoy the snow, near Bayonne and Biarritz

LOREA, an exceptional jewel Whoever offers a jewel representing the Basque cross must consider that it is a ...

The Old Castle of Bayonne is an emblematic site in the historic city center of Bayonne. You can admire it from the ...

Located in the south-west of France, at the confluence of the Nive and the Adour, and 6 km from the ocean, Bayonne ...

Cutlery from the Basque Country ! Find all our Basque knives made by hand in our Bidart workshop but also articles ...

Pierre has been welcoming you for more than 30 years now to introduce you to his workshop and his profession. This ... 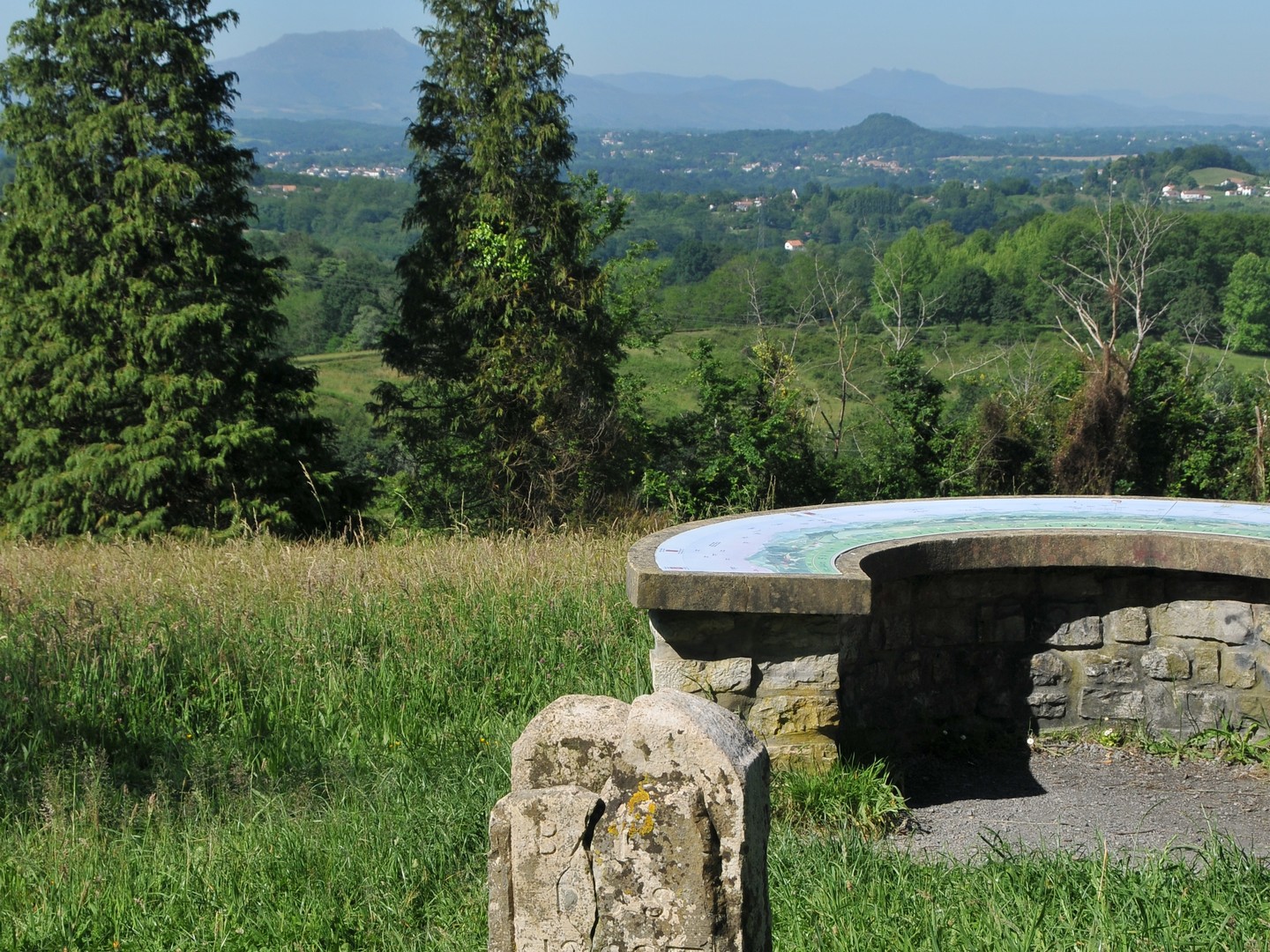