Discovering a speciality of the basque pelota: the cesta punta

Bidart
Share Discovering a speciality of the basque pelota: the cesta punta

The Basque Country is a land of nature, tradition and sport! Have you heard of Basque Pelota? The Chistera, the Jaï Alaï and the Pelota, all mysterious words with spellbinding sounds. Did you know that the Cesta Punta, one of the speciality games among the twenty-something different games of Basque pelota, is the fastest ball sport in the world? To learn more, from the making of the Chistera (basketglove), to the pelotes (balls) and even to take some lessons with two world champions, go to Ona Pilota!

Bidart: with its sheep, splendid mountain scenery and a small traditional Basque house with a red door...is your meeting point to discover the Cesta Punta!

Bidart and its mountain scenery

Go through the door and discover a multitude of wicker baskets, of all sizes, but always in a characteristic scoop shape, mounted on a leathered glove. It is a Grand Chistera! It is used to catch and throw the “pelota” (the ball, which we will talk about it later), as fast and as far away as possible. Regarding the Cesta Punta, the pelota can reach speeds of up to 300km/h! See the video below:

The Basque Pelota is a ball game, which has been practiced since the 17th century in the Basque Country and in Spain. There are several varieties, but the aim is always the same: throw the ball on the main wall and side walls of the court in some cases we play on an area called the “fronton”, a “trinquet” or a Jaï-Alaï. The players (either 2 or 4) stand side by side, like for squash. Sometimes, it can be played with bare hands but mostly with some form of equipment. A wooden racket (the “pala”), a soft and braided racket (the xare) or a Chistera (see below!).

The Grand Chisteras made by Ona Pilota

The wood of the structure is arched, to give it its characteristic shape

The pelotas are rather complex balls! They vary in weight and size depending on the game and the skill level of the players. They are made from a multitude of threads such as latex and wool and finally, they are used for a limited number of games. They are so badly treated during the games; it is necessary to repair them regularly. Because the Pelota is an eco-game the balls are not discarded, they are reshaped and repaired as one of the services of Patxi and Jon Tambourindeguy, at Ona Pilota.

The pelotas, from different sizes and recovered with care by a soft leather

Precision work, in order for the ball to be resilient and rebound well.

Take a lesson with two champions

Patxi and Jon are great connoisseurs of the Cesta Punta. When you grow up in the Basque Country, there are a lot of frontons and trinquets. It is a bit like the football pitches and basketball courts in the rest of France. They play pelota from their earliest years. They start with bare hands, to train their reflexes, then they develop fitness and agility, up to throwing the ball with the famous basket: the Grand Chistera.

The Cesta Punta is an attractive variation: it is a sport that thanks to its equipment, allow players to deliver a lot of power in the throwing motion and send the ball forcefully against the wall! As you would expect, it comes back powerfully and fast! Consequently, you need to keep your eye on the ball, have the reflexes and stamina to catch it and send it back.

In Ona Pilota, you can do a very interesting visit to the workshop and see the making of the Grand Chistera and the pelotas. Jon (that I met) and Patxi (who was away playing in a competition) are passionate and fascinating people.

You can also take a private or group lesson! If you hands are twitching and your legs feel the excitement at the idea to try the Basque Pelota, choose a trial lesson of Cesta Punta with Jon or Patxi! Put on shorts, the protective equipment (very necessary at the beginning, the ball will not go where you want!) and let’s go to the closest Jaï-Alaï (playground)! After a warming up session and advice, you can exchange your first shots and I am sure that at the end of your introductory session

you only have one wish, built a fronton at home! While you are in the Basque Country go to see a game, they take place regularly.

The lessons are available for all and to all; and that means whatever your physical condition or your racket sport level. We are here to have fun and discover a sport which has a rich heritage in the Basque Country. So go for it!

During your family holidays, treat yourself with a fun activity altogether. The children are also welcomed with special classes adapted for them. With friends, for a stag or hen nights, a business meeting... Treat yourself with a different activity, original and fun with a lesson of Cesta Punta. Don’t worry, for the beginners, there are some red plastic adapted chistera ;), have fun and catch the balls!

Artisanal cutlery in the Basque Country: heritage of ancestral know-how

Artisanal cutlery in the Basque Country: heritage of ancestral know-how

The best bike rides in the Basque Country

The best bike rides in the Basque Country 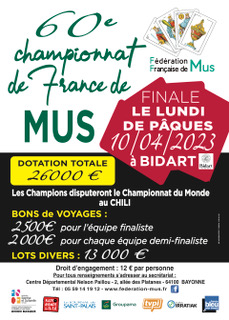 At the heart of the Basque Coast, spread out over a 5km coastline, and on the side of cliffs, the village of Bidart ...

It is in Bidart in the Basque Country that the Tambourindeguy brothers created their workshop Ona Pilota, which ...

As its name suggests, it is the closest beach to the pretty center of Bidart. It is pleasant with a restaurant ...

This beach, supervised in summer, is in a natural setting to be preserved. It is located at the exit of the center ...

The Bid 'A Parc welcomes you from April 2, Wednesdays, Saturdays, Sundays, vacations and public holidays, in Bidart ... 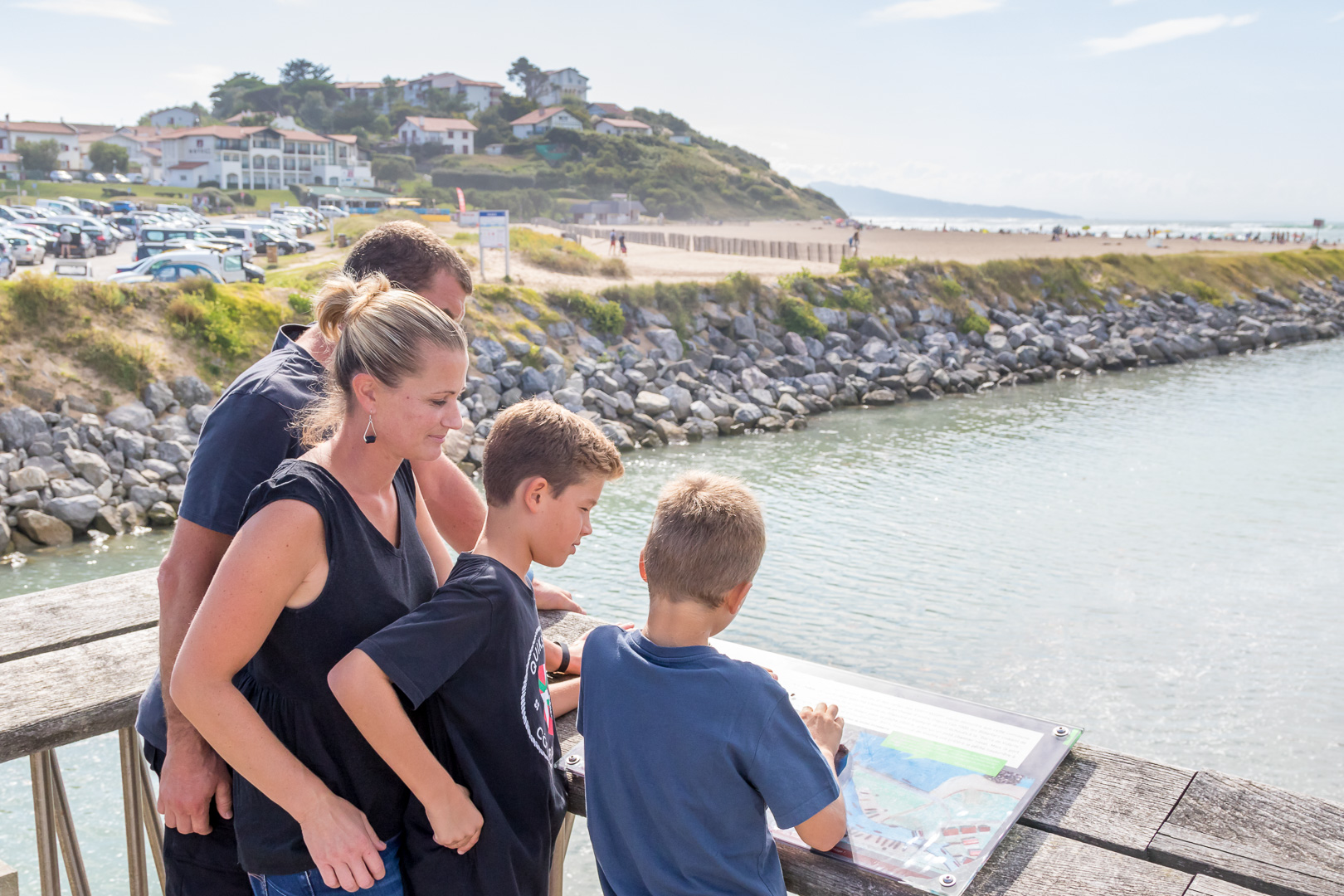 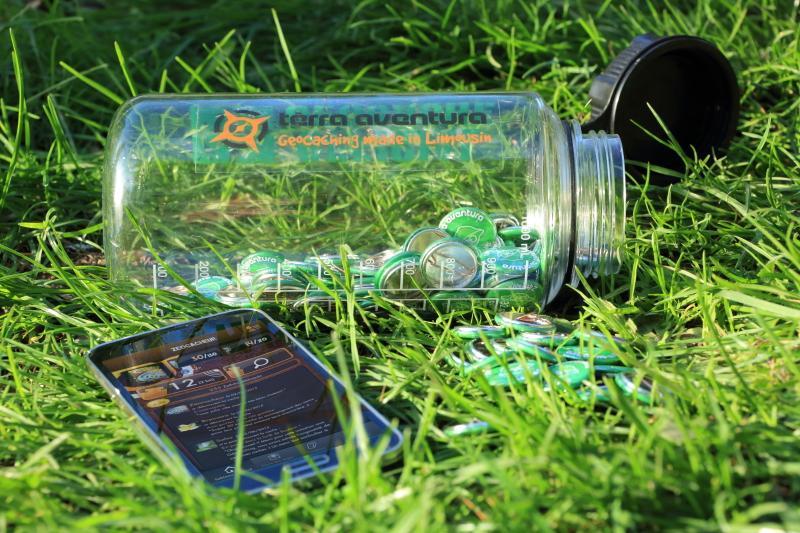