Lower Navarre has a great architectural heritage as a result of its tumultuous history. It has untouched landscapes, peaceful valleys, grazing land and forests. It is the kingdom of shepherds and farmers as well as an idyllic place for hiking lovers !

There are several distinct and interesting valleys.

The Haute Vallée de la Nive in the West, the Pays de Cize and its capital, Saint Jean Pied de Port, in the east. This landscape is composed of deep valleys. It is the country ofshepherds and sheep, of the border and smuggling, and of both Labourd and Navarre architectural influences.

Visit the Haute Vallée de la Bidouze in the East, the country of Mixe and its capital, Saint Palais. This is an agricultural region with cattle farming and maize fields. The architecture has been influenced by Béarn, which is very close by.

The Vallée de la Joyeuse, in the centre, and its capital, Saint Martin d’Arberoue. It is an agricultural area with a variety of landscapes.

Our tip : A mountain hike in a unique natural environment. Get off the beaten track and discover majestic nature and breathtaking scenery ! Read the article on the blog (fr)

Lower Navarre only came into existence in 1512. Before this, Lower Navarre was part of the kingdom of Pampelune. It had a tumultuous history as it was successively ruled by Navarre, France and England. First under the domination of rich Navarre families and then two lords (Gramont and Beaumont) fighting amongst themselves, it came under the juristiction of the kings of France. Lower Navarre has a very complicated past, at least as complicated as its big sister the Spanish Navarre.

Lower Navarre is a quiet region situated outside the main communication arteries. It is perfect for a countryside retreat. Nature lovers and those enjoying country walks will appreciate Lower Navarre. Enjoy the local food and the vineyards of Irouleguy…

The wine being matured in barrels in the Basque Country dates back to Roman times. During the Middle Ages, the monks of Rioncevaux grew the vines for their own purposes and for pilgrims stopping in the region.

It was only in 1954, after being neglected for many, many years, that the vineyard of Irouleguy created a cooperative and increased their range and quality of wines. L’Appellation d’Origine Contrôlée (AOC) – (French certification "controlled designation of origin") was awarded in 1970 after 20 years of research to improve the quality of the wine.

The wine of Irouleguy is a mainstay of Basque gastronomy. The vineyards encompass 27 villages and 185 hectares of land. The rosé wines of Irouleguy are particularly suited to drinking with omelettes, piperades and fish. The red wines go well with game and meat in sauces. The dry white wines go well with local charcuterie and sea food.

Le Pottok is a small horse used in agriculture. It was used in place of a tractor and as a smuggling tool. The pottok is now in semi-retirement in the Basque Country. Pottok is pronounced as 'pottiok', which means 'little horse' in Basque.

The Pottok National Association was created in 1970 by a former mayor of Sare. This has given protected status to the Pottok which is one of the symbols of the Basque country.

The pottok is an animal especially adapted to the mountains and severe climate.

The game of Basque Force developed in rural areas. It can be seen being played in many villages, especially during the summer. This game owes a lot to the priests of Saint Palais who, in 1951, organised the first festival of the Basque Force.

The rules are really simple : two teams pull a rope in opposite directions. The winning team is the one that pulls its opponent over a line. An interesting extra is the audience usually sings songs in Basque to encourage the teams' efforts. There are many competitions and exhibitions taking place each summer, but for the best experience go to Saint Palais on 15th August where the most famous championship takes place.

We cannot mention the Basque Country without talking about Basque Pelota. Each village has its wall, often in the central square.

The forerunner of Basque Pelota is the hand game. The first covered trinquet (rectangular court) was located in Bayonne and dates from the 17th century. The ball was made of tightly wound wool and bounced a little. During the 19th century, the ball evolved with a rubber heart, and or more walls were added as the ball bounced more, and more spaced was needed. Then the Chistera appeared which, compared to a simple leather glove, made the ball move faster and further. The Chistera looks like a hollow, curved scoop, which increases the speed of the ball.

Players are dressed in white, or they wear a coloured blouse or belt to help distinguish the teams.

You can see Basque Pelota games in all the villages. The main tournaments take place, for example, in Bayonne at the beginning of August with the Master des Fêtes de Bayonne (ungloved hand) or in Biarritz (Golden Glove) and Saint Jean de Luz for the Cesta Punta. 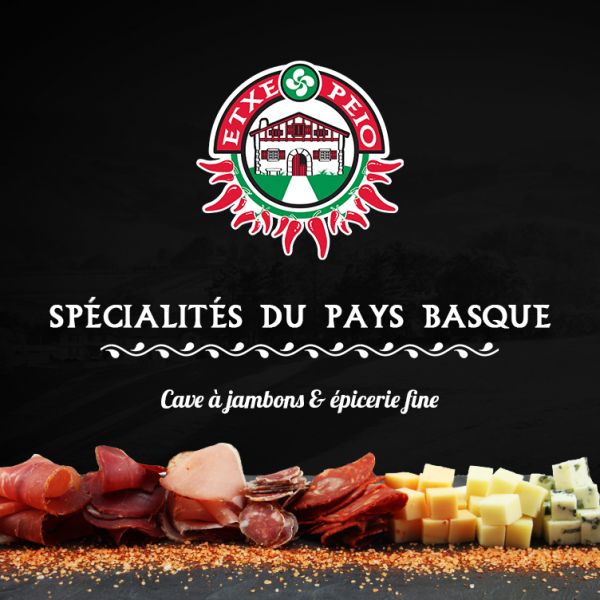 Orio is located on the side of Guipuzcoa. This traditional fishing village is less than 20 km from San ...