Astonishing , spectacular, magical… This prestigious residence is all of these, and much more. Imagine: a villa erected in the middle of the Basque countryside as if it had come out of nowhere. A garden madness like a huge theater stage with the Pyrenean mountains as a backdrop. You are in Cambo-les-Bains , 20km from Bayonne and Biarritz . Arnaga "the beautiful" is a neo-Basque masterpiece adorned with red half-timbering that fascinates architecture lovers, garden lovers, literature enthusiasts and those curious of all kinds of passage in the region. Before being a museum, classified as a "Historic Monument", labeled "Remarkable Garden" and "Houses of the Illustrious", Arnaga was the realization of a dream , that of the great writer, poet and playwright of the last century, Edmond Rostand. Like its former owner, it is a true work of art that is offered to visitors today.

The Villa Arnaga, the Basque dream of Edmond Rostand

Located a few kilometers from Cambo-les-Bains, Villa Arnaga is discreetly nestled in the heart of a 15 hectare park surrounded by greenery. It is not visible from the D932 departmental road which leads to it, you can access it by following the signs that indicate it. Between the Atlantic Ocean and the foothills of the Pyrenees, Cambo-les-Bains is the only spa resort in the Basque Country , renowned for the sulphurous water from the “Honorine” spring which gushes there and has therapeutic virtues recognized since antiquity. . In this little paradise with lush vegetation, Edmond Rostand, creator of the famous character of Cyrano de Bergerac, comes to rest a few months after the first performance in 1897 of his triumphant play. Victim of pleurisy, his health was fragile and the rising star of French theater began a convalescence that would change the course of his life. He was then only 29 years old.

Clean air and Basque waters are beneficial to Rostand which heals without delay. In a few months, a true love story is born between the writer and the Basque Country, fascinated by the wild nature, its changing light, its language, its particular climate and the vibrant culture that proudly combines traditions and differences. As he goes for a walk, he falls in love with a vast area on the outskirts of Cambo, near which the Arraga stream flows in Basque - or in French "the water flowing over the stones". The taste for the beautiful architectures characteristic of the Basque Country never left him. Very quickly, his mastery of spaces, his knowledge of art , his love of gardens made him see things in a big way. More than a passion, Arnaga takes shape in his imagination and Rostand sets out to make his wildest dream come true . In 1903, he launched the construction of this exceptional residence, intended to become the new main residence of the family, far from the tumult of Paris. The work was entrusted to the great Nice architect Joseph-Albert Tournaire and Arnaga's work was completed in 1906. Supported by his wife Rosemonde, Rostand took care of the decoration, the atmosphere and the soul of the place in a style that he cultivates with delight, drawing inspiration from very different universes . Full of ideas, he ordered many refined materials in Paris, Bordeaux, Toulouse, England and China. The result is spectacular : a true homage to Baroque compositions, to the uniqueness of the neo-Basque style, to neo-Gothic exuberance, to British coziness and to Empire opulence. At the same time, Edmond Rostand, endows his estate with two very distinct gardens .

Bucolic stroll in the gardens of Arnaga


As soon as we enter, we cross a huge pergola inspired by antiquity and French gardens which evoke the talent of the gardener of Versailles, André Le Nôtre. We admire a dazzling parterre whose perfect symmetry of perspectives is extended by flower beds, groves, paths, terraces, fountains, embellished with ponds in which the majestic silhouette of the villa is reflected. Camouflaged behind the house, the English garden , less sophisticated and more natural, is made up of a tree-lined meadow , a stone fountain, a pergola wrapped in ivy, and the "sunset terrace", a soothing open space. on the sunset. As you visit, you will certainly notice the three talented gardeners at work who maintain the gardens of Villa d'Arnaga all year round.

The inhabitants of the park, colorful


A captivating visit to the villa

Edmond Rostand sends a welcome message to his visitors as soon as they enter the doorstep and warns them: "You who come to share our fair light - And sit at the feast of changing horizons, Enter only with your heart, don't bring anything from the world, And don't tell what people say. " The discovery of Villa d'Arnaga and its remarkable gardens takes place at your own pace and can be interpreted according to your own sensitivity. The pleasure of wandering persists throughout the visit. If you can, take advantage of the fascinating guided tour, unfortunately canceled for the 2020 season to avoid gatherings.

Guided tours are available to discover the Villa

In total, there are nearly 19 different rooms that we explore on three levels, with styles that tirelessly mix: English, First Empire, Louis XVI, Pekingese ... On the ground floor, we admire the living rooms of the family (Edmond, Rosemonde and their two teenagers, Maurice and Jean). The first floor is dedicated to the rooms of Rostands and guests, while the second is reserved for servants, accessible by a service staircase. Characterized by its modernity for the turn of the century, the Villa is equipped with all contemporary comforts : electricity, hot water, telephone, central heating ...

This exceptional building, which was Edmond Rostand's “home of dreams” tells the story of his extraordinary life as an artist, and takes visitors on a journey between multiple inspiring universes … between contemplation and meditation, immersion in nature and a skilful architectural mix in the mysterious image of the imaginary world of its creator, inscribed in the real for the greatest happiness of all.

Did you like this report? Find out more on our BLOG. Register on the Facebook page of the Guide du Pays Basque. We also have an Instagram page @guidedupaysbasque.

EtxePeio: Gourmet and authentic Basque products, made in Espelette

EtxePeio: Gourmet and authentic Basque products, made in Espelette

At the edge of the Nive which it dominates, Cambo les Bains was occupied from prehistoric times. Cambo's reputation ...

Discover in the chocolate museum of Cambo-les-bains, adjoining the shop, a retrospective of chocolate factories ...

Edmond Rostand, the author of Cyrano de Bergerac, planted the house of his dreams in lush greenery. Before being a ...

The gardens of Villa Arnaga

The gardens of Villa Arnaga

Around his vast house, Edmond Rostand has created a set of gardens over more than 15 hectares which testify to the ...

For 45 minutes, the public is immersed in the history of the famous family of writers (Edmond, Rosemonde, Maurice ... 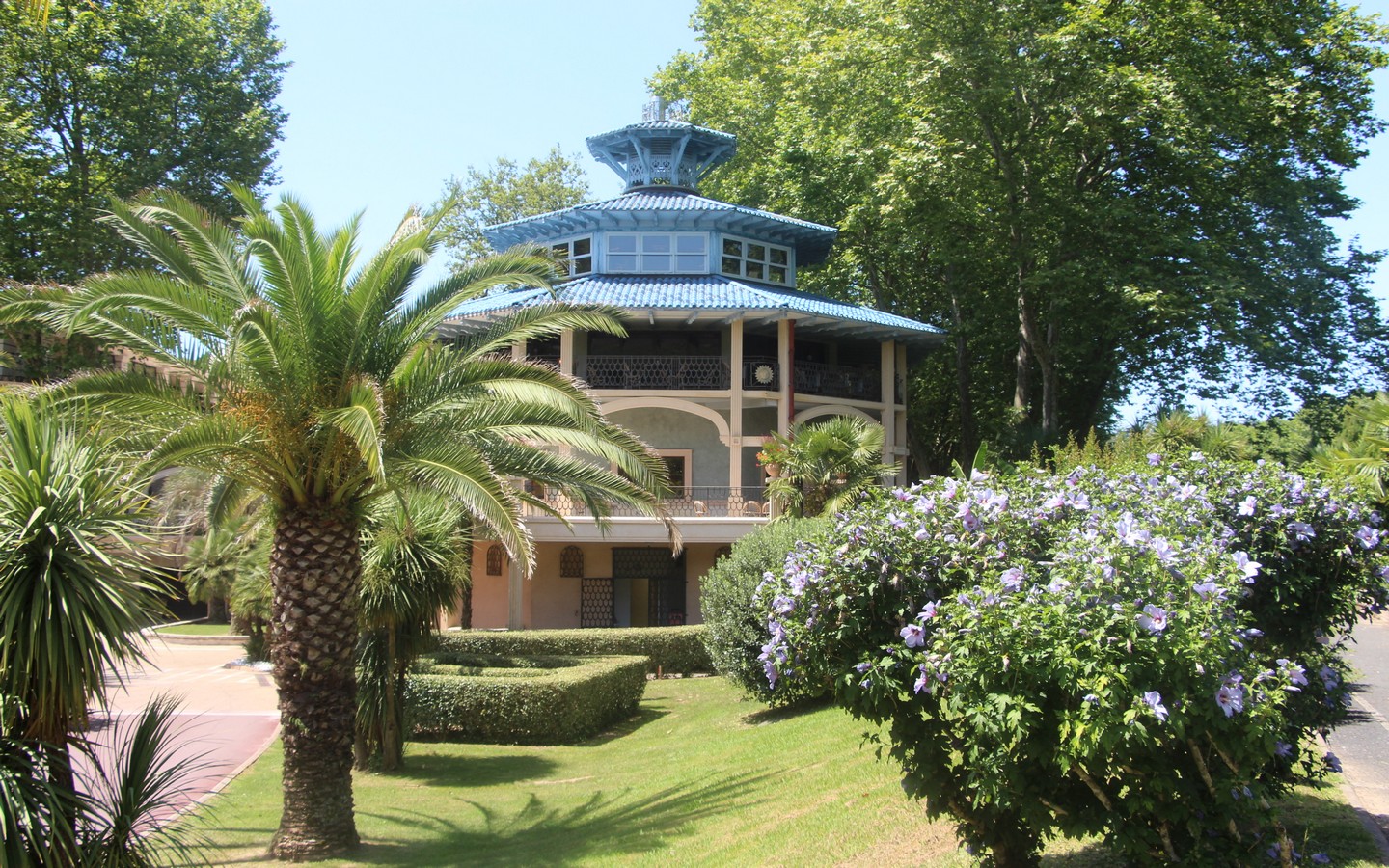 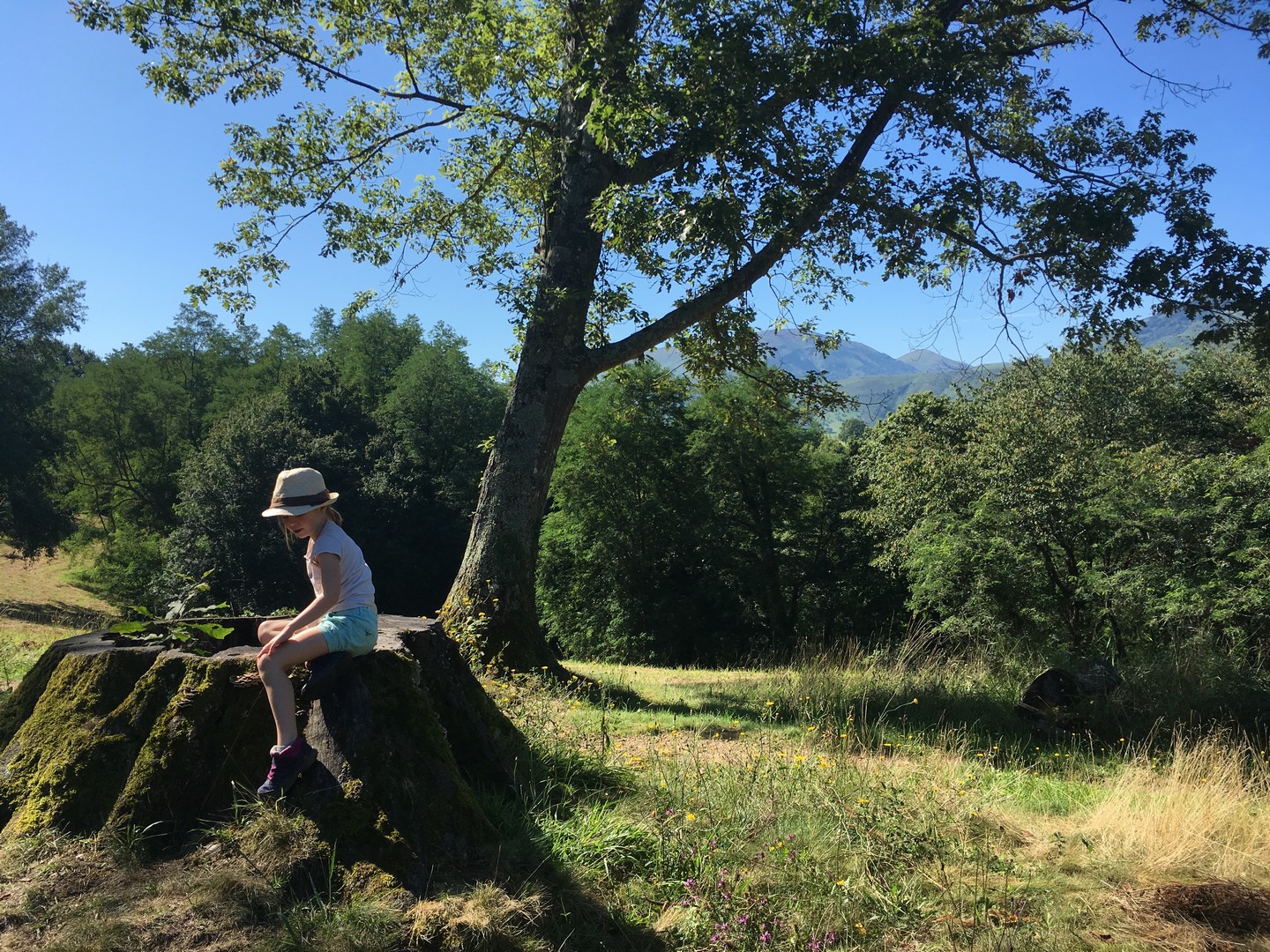