While you are thinking of visiting the Urdaibai Biosphere, 3 places should definitely be added to your list of visits, because they are remarkable and must-see.

The biosphere reserve stretches from the Cantabrian coast, with San Juan de Gaztelugatxe in the far north, to the south of Guernica. It is a very rich area in terms of heritage, whether built or natural. Several possibilities are available to you to discover it. You can enjoy it by car, by making stops in the various coastal villages such as Elantxobe, Mundaka or even Bermeo. But you also have the option of taking the GR123 linking Sukarrieta to Gaztelugatxe. This goes through the paths and trails closest to the seaside and represents 13.5 km. With a drop of 420 m, this hike can be done in 3h30.

Another possibility is to join Gaztelugatxe from Bermeo via Matxitxako and its lighthouse. And thus, join the 3 remarkable sites located along the coast. This is the option we offer you!

Zoom on the sites to visit on the coast of Urdaibai

San Juan de Gaztelugatxe, the rock of millions of views

Difficult to pronounce, the site of Gaztelugatxe (Basque name meaning castle-rock) is nevertheless known to a large majority of us! Its popularity is linked to the Game of Thrones series. The producers shot many scenes there. Indeed, in the film this incredible peninsula is the Peyredragon castle.

Before leaving to board this exceptional place, take the time to observe this rocky block connected to the mainland by a corridor almost resembling the Great Wall of China! Discover its barely hidden treasures: two arches carved out over the centuries under the combined effect of wind, waves and rains, caves also the result of erosion, and reefs.

Depending on the point of view, the two arches are more or less visible

In its center, a chapel, dedicated to San Juan (Saint John the Baptist), was built. The one that is currently there is not the original one since on several occasions the first one has been set on fire, ransacked, looted, damaged according to the historical events that have taken place.

The chapel, Gaztelugatxe's only building

Putting a foot on the mythical peninsula, would almost take the effort, with its 241 steps to climb. But the game is worth the candle, as they say. Once there, the 360° panorama is incredible. Take the time to enjoy the place and the sea air. Listen to the waves trying to assault the rock. Above all, tradition dictates that once you arrive, you ring the chapel bell three times while making a wish.

You can access the site for free, however, during peak periods you must purchase free tickets by going to this website (click). The objective is to regulate the number of visitors in order to benefit from an optimal experience on site and to avoid long queues.

Our tip: Favor autumn and spring for your visit, as it will be less crowded and you will not need to book an entrance ticket.

A unique panorama from the Cape of Matxitxako

Head for the headlights!

Nothing like a stop at Cap de Matxitxako to enjoy an exceptional view of the Cantabrian Sea and Gaztelugatxe.

From the lighthouses, it is possible to see the rock-castle

With its two lighthouses, the place is quite atypical! The first lighthouse, whose construction dates from the 19th century, has been replaced by the current one. He took up his post in 1909.

The lighthouse that currently guides the boats

The first lighthouse, operational until 1909

This point jutting out into the water has remained relatively wild. It is a place known to regulars wishing to observe cetaceans and birds. Moreover, informative panels will inform you about the geology of the place and the marine animals that frequent the surroundings.

Interpretation panels allow you to better understand the environment around you

You can park easily thanks to the free parking.

If you like to hike, know that you can reach the hermitage of San Juan de Gaztelugatxe by following a pedestrian path. You can also walk to the pretty fishing village of Bermeo by taking part of the GR123.

Incredible walk along the coastal path

Bermeo, the charm of a traditional fishing village

The coast of the Spanish Basque Country has many fishing villages. Each has its own personality, even if all have in common their charming little fishing port and the houses and cafes which directly offer a view of the life of the fishermen.

Bermeo is a lively and dynamic village that shines thanks to its pretty port, but also to its historic center where buildings from all ages and therefore all styles coexist. It once shone well beyond its walls thanks to its maritime activity, mainly based on whaling.

Some places bear witness to a rich and important medieval past, such as the Ercilla Tower (Torre Ercilla) which overlooks the port and which dates from the 15th century, fishermen's houses and narrow streets. The wealthy shipowners were indeed building opulent houses with local stones. On the other hand, the most unhealthy houses were intended for marine personnel.

The port and the Torre Ercilla on the second floor

Other buildings, such as the casino, located in Lamera Park, or the Tourist Office or the Church of Santa Maria are more contemporary in design. You will also notice that they have very different architectural styles from each other.

The casino of Bermeo overlooking the Lamera square

In the heart of the village, do not hesitate to go to the Tourist Office. They will tell you which places to visit in the surrounding area, as far as Bilbao, and provide you with important information on how to get there and how to park. In addition, they have maps with hiking trails and circuits and city maps. And, a little bonus, some documents are in French!

Of course, you can expand this non-exhaustive list of incredible places on the Spanish Basque coastline by taking into account the entire Biscayan region and not just the Urdaibai Biosphere. Thus, you will be able to go to other charming fishing villages (Getaria, Orio, etc…), but also to discover a geological peculiarity called “ Flysch ” that you will only find on a few kilometers between Deba and Zumaia.

San Juan de Gaztelugatxe is a natural site in the Spanish Basque Country . This rocky outcrop is accessible by a ...

On the coast of Biscay, it is an opportunity to go inland and leave the coasts (which are the major attraction of ...

The Urkiola Natural Park is a haven of nature for hikers. It is a set of limestone mountains in the Sierra ...

Another very beautiful Natural Park, which is designed for family discovery. Many marked paths wind it in all ...

It is a park conducive to the observation of griffon vultures, since a colony has found refuge there. Perhaps this ... 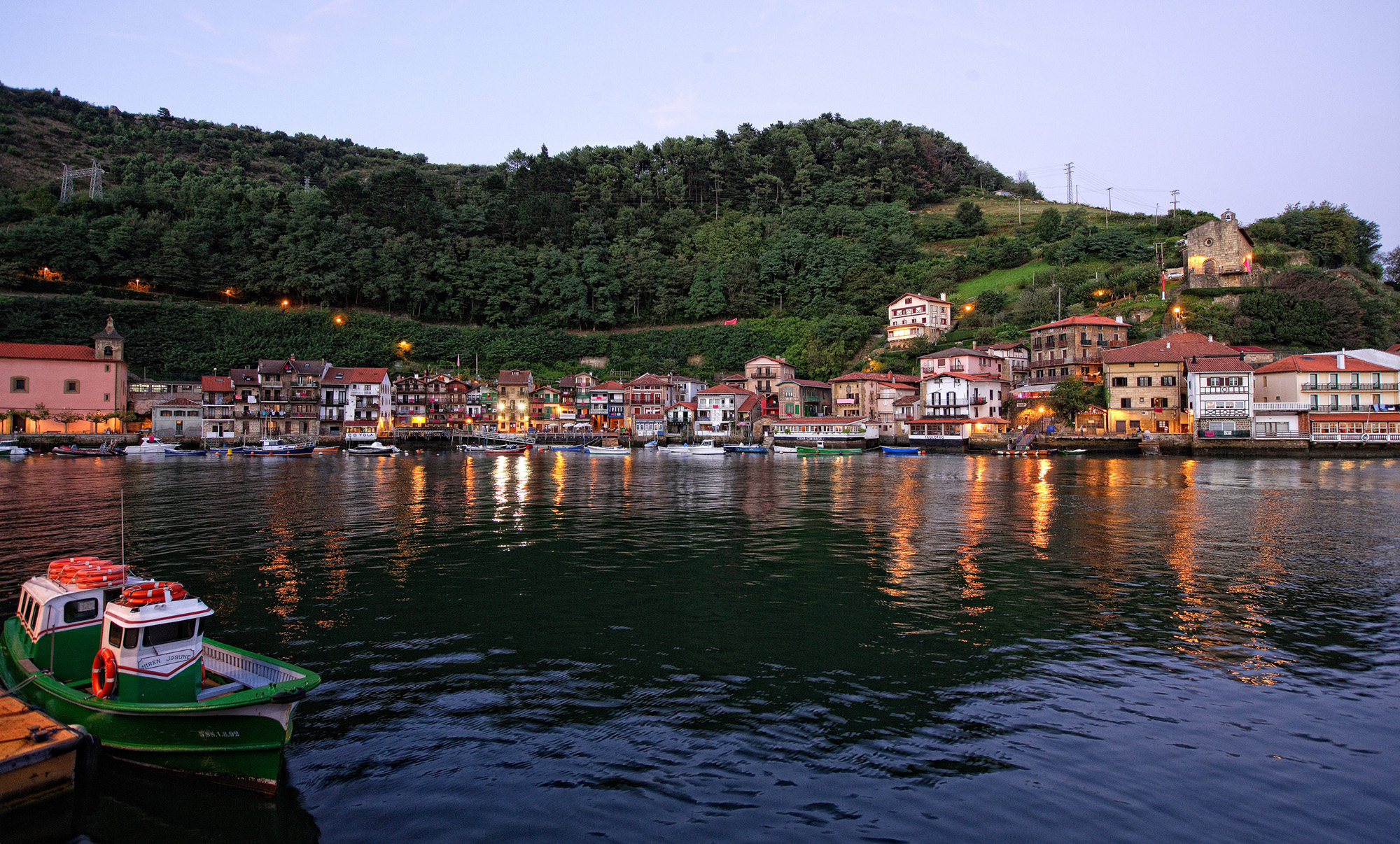