Cider in the Basque Country is a drink rooted in local and popular culture, as strongly as ham and chocolate. Sagarnoa ( apple wine , in Basque) is a drink that is nothing like what you have already tasted! It differs from Breton and British cider by its low sugar level and its quite singular tasting ritual … Join Marie and Battita in the orchards of selected local varieties and at the workshop of Eztigar a small group of apple producers , which produce this delicious cider so special!

Cider in the Basque Country, a little history to know what we drink

It is estimated that cider in the Basque Country has been a tradition since Antiquity , if you are wondering, know that it was the Basque sailors who introduced the cider to the Normans! They consumed the precious beverage for their pleasure, but above all to prevent the harmful effects of scurvy on board sailboats, during long crossings.

Sagarnoa is a worker drink . Here, on the lands generously watered by the rain , the near Atlantic confers a winter softness , to the interior lands as to the coastal territories. The apple has always enjoyed itself , it is bitten on the go, sliced and dried to become a tangy snack, accompanied by sheep's cheese . Cider quenches thirst and that is why it is not sweet , light and rustic .

Apple trees are doing well in the Basque Country

From the Middle Ages to the 18th century, the production of cider is regular in the Basque Country, it is a local product , inexpensive , traditional and its consumption is accompanied by a joyful ritual : in winter, it is the season of Txotx . The new cider flows afloat from its barrel, we use it in small quantities by snapping the bubbles at the bottom of the glass , with a large gesture to collect the flow coming out of the barrel ! It's friendly , authentic , a real moment of sharing .

For several decades, the Basque countryside has been emptied, the orchards have been abandoned and with them extinct local , endemic and preciousvarieties of Basque apple trees . What made Basque cider so special, this mixture of sour, sweet, juicy apples… was in danger until the birth of Eztigar! In 1995, faced with this sad observation, producers regrouped and structured themselves with the Sagartzea association , which aims to safeguard local varieties of apples. In 2006 it was SARL SEGIDA and its apple producers, which took care of the production of cider and local sales.

Eztigar has planted more than 9,000 trees, ancient traditional varieties from the Basque Country

It is a cider that is consumed at home , daily , like the workers of yesteryear who carried it in their lunchbox. It quenches its thirst , it is not very alcoholic and finely sparkling , without attacking the tongue.

A cider with fine and fresh bubbles, it is not very sweet and refreshing

In the Northern Basque Country , amidst pastures, mountains constantly tormented by splendid strings of clouds that play with the rays of the sun, is the Eztigar workshop . It can be visited , there is a shop where I recommend you go to bring back a bit of the real Basque Country in your suitcases. Here, no folklore: authentic atmosphere and know-how , for a noble product and so popular at the same time.

This dry and raw cider, you will taste it with rather salty accompaniments. Forget the pancakes and chocolate spread! Take out the charcuterie , spicy pintxos or spicesof Espelette pepper , piperida , cheese ! Did you know that sagarno is a storageproduct like wine? It improves with time , so do not hesitate to take several bottles to keep them preciously in your cellar.

In traditional Basque cider houses, you can taste Txotx sagarno with prime rib, fries and cod omelette, in the desert you eat sheep's cheese with corner pate and nuts!

Eztigar currently produces 140,000 bottles of cider and apple juice per year. In the shop you will also find a wonderful apple cider vinegar , a tasty product that will make fantastic vinaigrettes, but above all a healthy product , with so many benefits ! To promote digestion , as part of a detox diet, as an antiseptic , for skin and scalpproblems ...

Let's go to the orchards, to meet Battita , one of the farmers, also founder of Eztigar . In its orchards, local and ancient varieties. They have different and complementary flavors , some like the Mamula are sweet, the Ondomotxa is small and bitter, the Anisa has thick skin and a tender and juicy white flesh. Most orchards are certified organic or in conversion, those that are not use only organic farming aids! No need for harsh chemicals to alleviate disease when using hardy and well-adapted varieties. In orchards, we practice agro-pastoralism , it is sheep and donkeys who take care of maintaining the plots and weeding.

Battita takes us to her orchards

All the Producers are not professionals, there are also people who have a double activity.

Apple trees begin to produce after 5 to 7 years, before that, they must be installed on a graft and pruned lightly in winter, so that they take root . The rows are sown with green manure to amend the soil (with seedlings of legumes or crucifers). They are rolled in the spring to integrate the plant material and all its benefits on the ground. At the end of summer and in autumn , it is the harvest . The apples are picked from the ground or from the tree depending on the maturity of the varieties . They are pressed in the workshop and blends are skilfully operated (as with wine) to give the production of the year a well balanced taste. Sweet, bitter, tangy, the flavor of each apple brings its structure to the final product.

The producers of Eztigar are not all professionals, many maintain the orchards in addition to a farm , others for pleasure, but all with the passion to revive and perpetuate the local and old varieties of apples in the Country Basque. Working independently , within a limited geography, is the guarantee of a product with a strong identity and well done! The operation in LLC allows Eztigar to invest part of the profits to replant new generations of orchards . Eztigar only has 3 employees, including Marie (manager of SARL SEGIDA) who then takes me on a tour of the manufacturing workshop .

The love of local varieties, produced simply because in adequacy with their natural environment

To make cider , it's not complicated, you need apples and that's it!

As in cooking, it is the quality of the apples that ensures a rich, subtle and tasty taste of cider.

The best cider vintages, Clément elaborates them with blends of varieties of apples, like wine!

The apple juice is stored for 6 months in oak barrels for aging, this is what gives its exceptional taste to the aging cider.

Sagarnoa is the traditional Basque cider, not very sweet, it is surprising and very pleasant on the palate, taste it!

Eztigar carries out the entire production chain of its products, from apples to apple juice, through fermentation, bottling and sales.

All these processes are regularly checked, the blends are tasted and it is thanks to their know-how, that Clément obtains a cider so typical , balanced and tasty ... By observing the working circuit for bottling, we realize that the rinsing water is reused and the crushed apple waste is used to supplement the plant compost spread in farmers' fields, the circle is complete!

Back to "Food Lovers"

Ciders and apple juice made from apples from the Basque Country. EZTIGAR is a limited liability company formed by ...

GOURMET STOPOVERS DISCOVER THE PDO OSSAU-IRATY CHEESE ROUTE Do you like cheese ? We take you to discover the country ...

We have been manufacturing sneakers for 3 generations. Since 1979, we work thanks to a unique know-how developed in ... 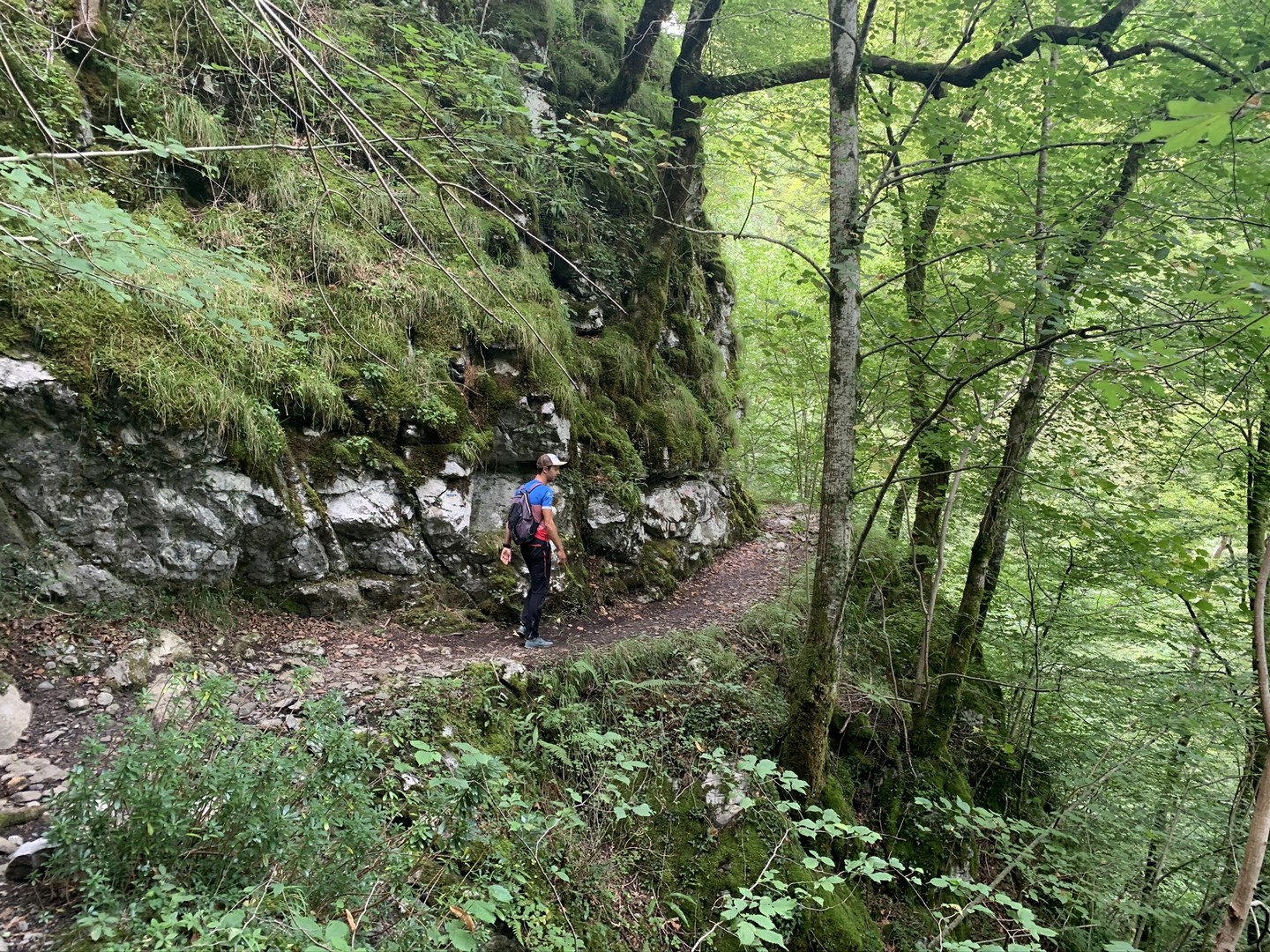 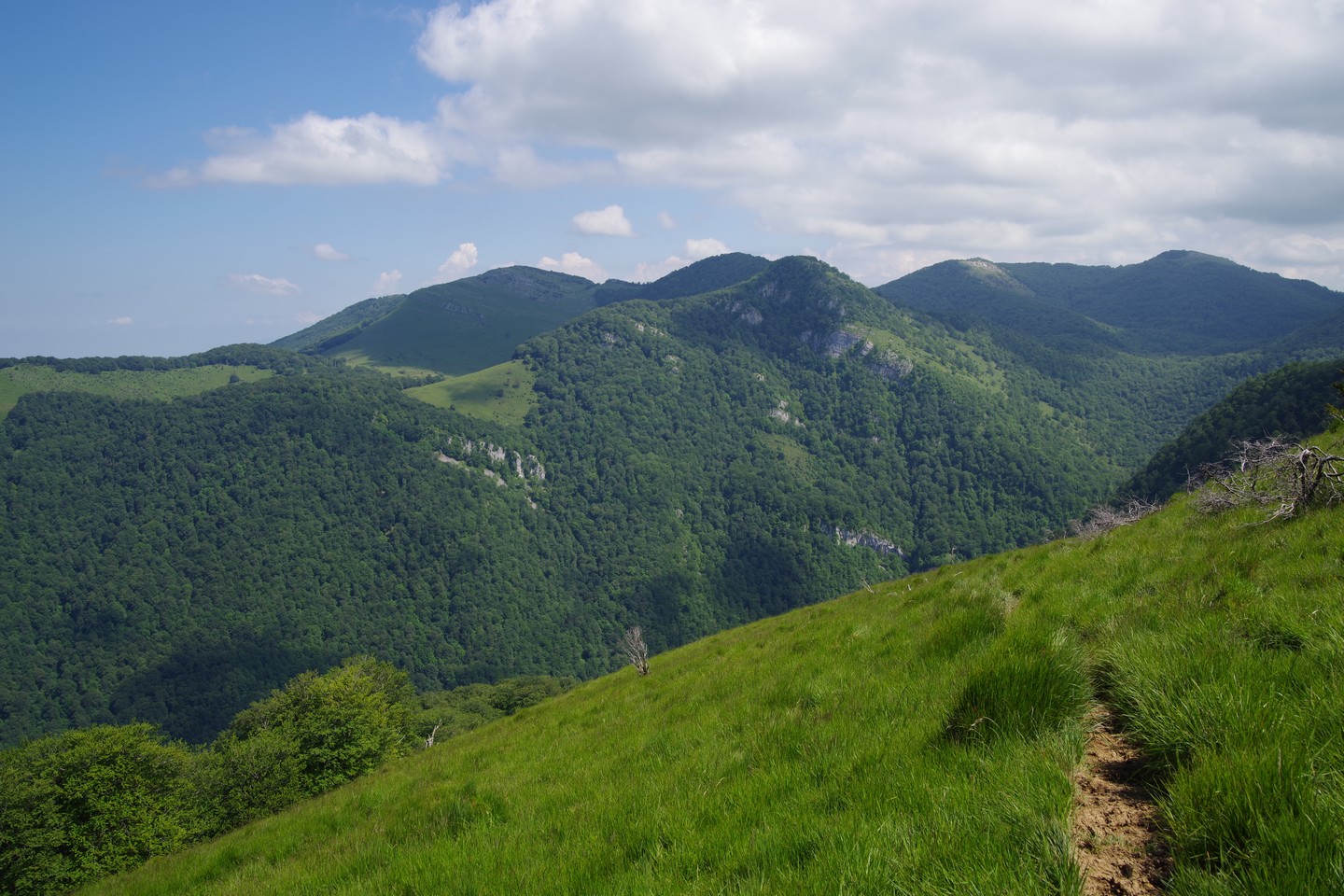 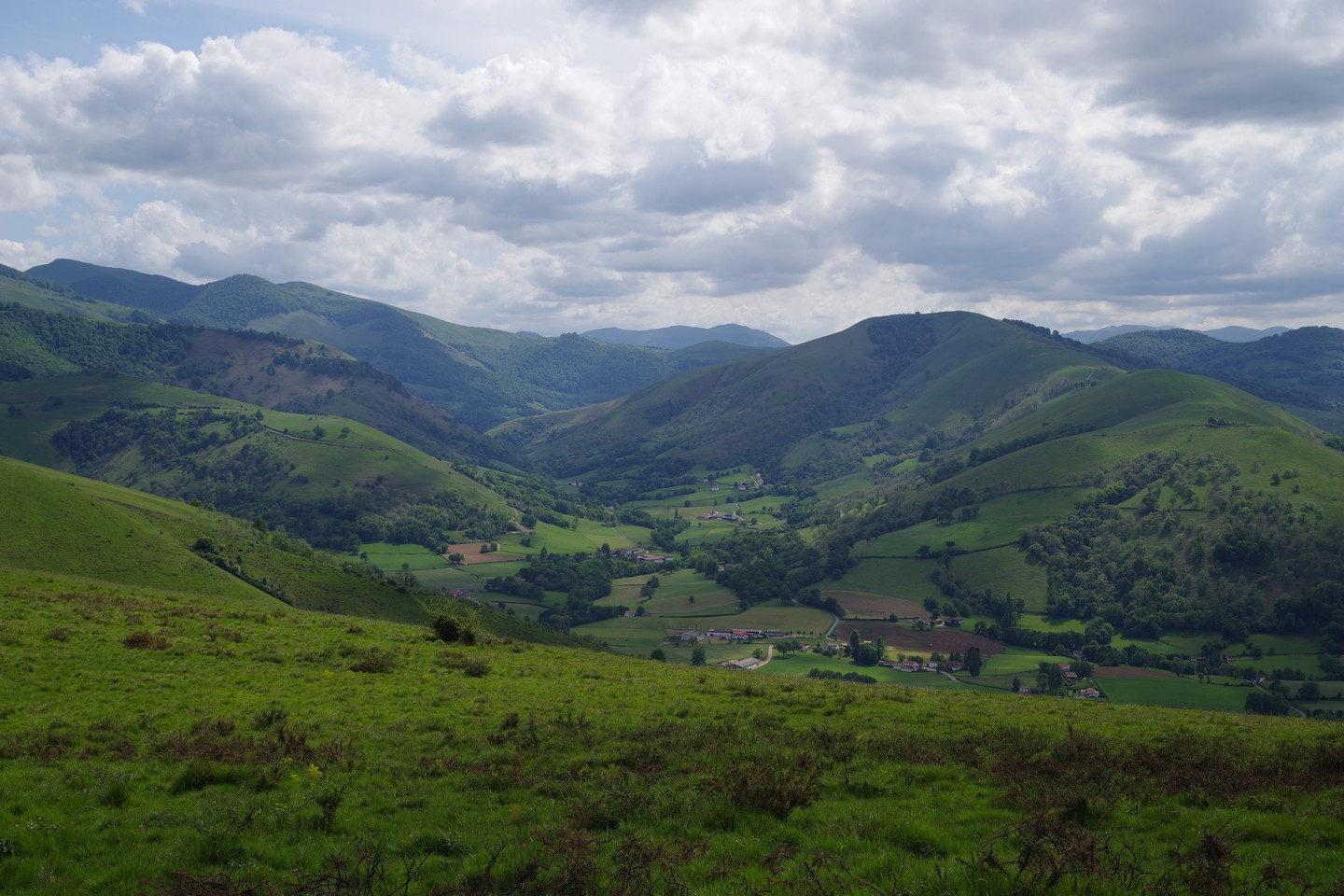