Hendaye
Share Hike on the coastal path from Bidart to Hendaye

Shimmering seaside resorts, opulent multicolored villas, the navy blue ocean and turquoise coves, the Basque coast offers a colorful palette to the delight of hikers. From Bidart to Hendaye, the coastal path winds its way over 25 km between fine sandy beaches, picturesque ports, vertiginous cliffs and urban areas. A spectacular hike, suspended between land and sea, which presents no particular difficulty. Onward for a 5 to 6 hour roaming to disconnect from everything, breathe the salty air to the top of our lungs and gaze far into the horizon.

From Bidart to Saint-Jean-de-Luz - 13 km

For this walk, the wisest thing is to follow the route from north to south in order to enjoy an exceptional panoramic backdrop on Mont Jaizkibel, on the Spanish mountain range of Penas de Haya and on the top of the Rhune.

Departure from Uhabia beach, in Bidart

Here we are in Bidart, a former fishing village, at the very start of a superb 25 km hike. Of course, the less adventurous can only walk a portion : there are several entry points to this hike.

Put on your hiking boots and set off from Uhabia beach in Bidart, with a huge free car park. 500 meters long, this beach divided in two by a river offers fine sand as far as the eye can see against a backdrop of an azure ocean. On the left, a path runs along the beach, followed by a flight of stairs and a path that leads to the road overlooking the beach following the yellow markers. Further on, the path descends, passing near the small Chapelle Saint-Joseph which symbolizes the union with Guéthary. A stop is needed facing the ocean to admire the famous Parliamentia wave, its power and the surfers who nimbly try to tame it!

The path made up of stairs descends on the coastal promenade of Guéthary to its small port where it is good to stroll to soak up the surf culture and the good atmosphere that reigns there. Pass the port and continue to the end of the pier. You then have to go up the wooded path to join the road that runs along the railway line (in complete safety) before reaching the cliff path and passing the beaches of Cenitz and Maiarko. The path alternates with small roads which overlook the beach of Lafitenia then Erromardie. Here we are in Saint-Jean-de-Luz! We walk a little longer, past the botanical garden of Saint-de-Luz to reach the majestic point of Sainte-Barbe. One of the most beautiful panoramic points of view on the long beach of Saint-Jean-de-Luz awaits us. A Basque elixir to savor while taking your time!

From Saint-Jean-de-Luz to Hendaye - 12km

The large beach of Saint-Jean-de-Luz

Saint-Jean-de-Luz seen from Ciboure, opposite

The hike continues around the bay of the seaside resort, through its pretty and bourgeois town center, then bypassing its picturesque port where pleasure boats and small fishing trawlers pitch about. Imbued with authenticity, this fishing port is bordered by sumptuous shipowners' houses. Direction the charming town of Ciboure, established on the opposite bank of the Nivelle. After having straddled the bridge which crosses this watercourse, Ciboure, more modest than Saint-Jean-de-Luz, reveals an admirable traditional architecture. Rue Pocalette, do not miss the string of brightly colored fishermen's houses. Continue your way to the Fort of Socoa which closes the bay of Saint-Jean-de-Luz : a military building reinforced by Vauban at the end of the 17th century to protect the port. The route does not pass through the Fort, but it is impossible to resist the urge to approach this historic monument more closely.

The Fort of Socoa

Read our full article on Saint-Jean-de-Luz

Along the Basque Corniche

The path then follows the famous Basque Corniche wedged between road and cliff. This part of the pedestrian route stretches for ten kilometers to Hendaye, alternating green hills and steep coasts carved out of rocky coves and small sandy coves. The striated flysch cliffs form natural promontories that flow into the sea, preserving the beautiful beaches that are difficult to access. Lovers of grandiose landscapes on the ocean, you are served!

The Basque Corniche in all its splendor

The path then escapes from the departmental to the Crique des Viviers Basques, in Urrugne. The opportunity to discover the Haizabia villa and its seawater swimming pool, then the Abbadia estate on the heights of Hendaye, the surprising neo-Gothic castle-observatory of the explorer Antoine d'Abbadie. Do not miss the opportunity to visit it!

Read our article on Château Abbadia

The Abbadia estate in Hendaye

A short distance away, blockhouses appear. On one of them, a compass rose has been carved. From these remains of the Atlantic Wall, the view over Hendaye, the bay of Txingudi and the foothills of the Pyrenees is breathtaking! Those curious about nature can stop at Asporotsttipi, a former Basque farmhouse that has become the Maison de la Corniche, an interpretation center devoted to the geology, biodiversity and the constant evolution of the Basque coast in the grip of erosion. Moreover, on this fragile coast, panels constantly remind us of the danger of approaching a void while erosion is clearly at work.

This charming hike ends in style. The road to the Corniche ends on the large Hendaye beach, the famous Deux Jumeaux rocks, the emblem of Hendaye, stand before our eyes. A memorable show that concludes a beautiful, exotic walking adventure for a few hours!

Did you like this report? Consult the Blog of the Guide of the Basque Country.

Find out more by subscribing to the Basque Country Guide Facebook page. We also have an Instagram page @guidedupaysbasque.

Back to "Rest and relaxation"

Hendaye is first of all the story of a river, the Bidassoa, which from the mountains of Navarre flows into the bay ...

A beautiful ecological wealth awaits you in these marshes of Bidassoa. A seaside park, conducive to bird watching, ...

IN HENDAYE, IN THE BASQUE COUNTRY, A SITE BEYOND YOUR IMAGINATION ! It is Abbadia, the Castle-Observatory, an ...

The Conference Island in French or the Pheasant Island in Spanish is a small river island, in the center of the ...

THE LARGEST ADVENTURE OF THE BASQUE COUNTRY ! We are pleased to welcome you to the site of the largest adventure and ... 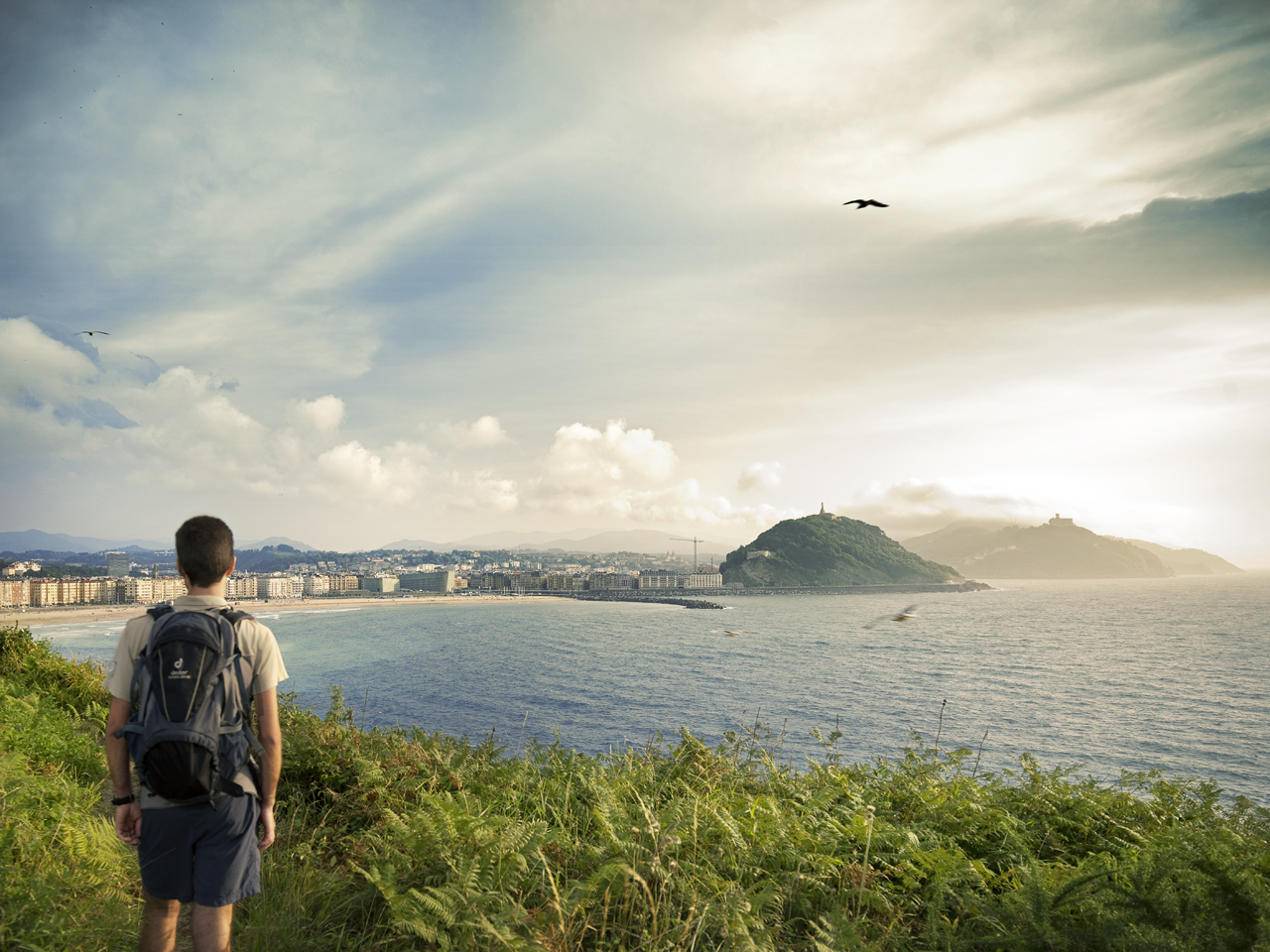 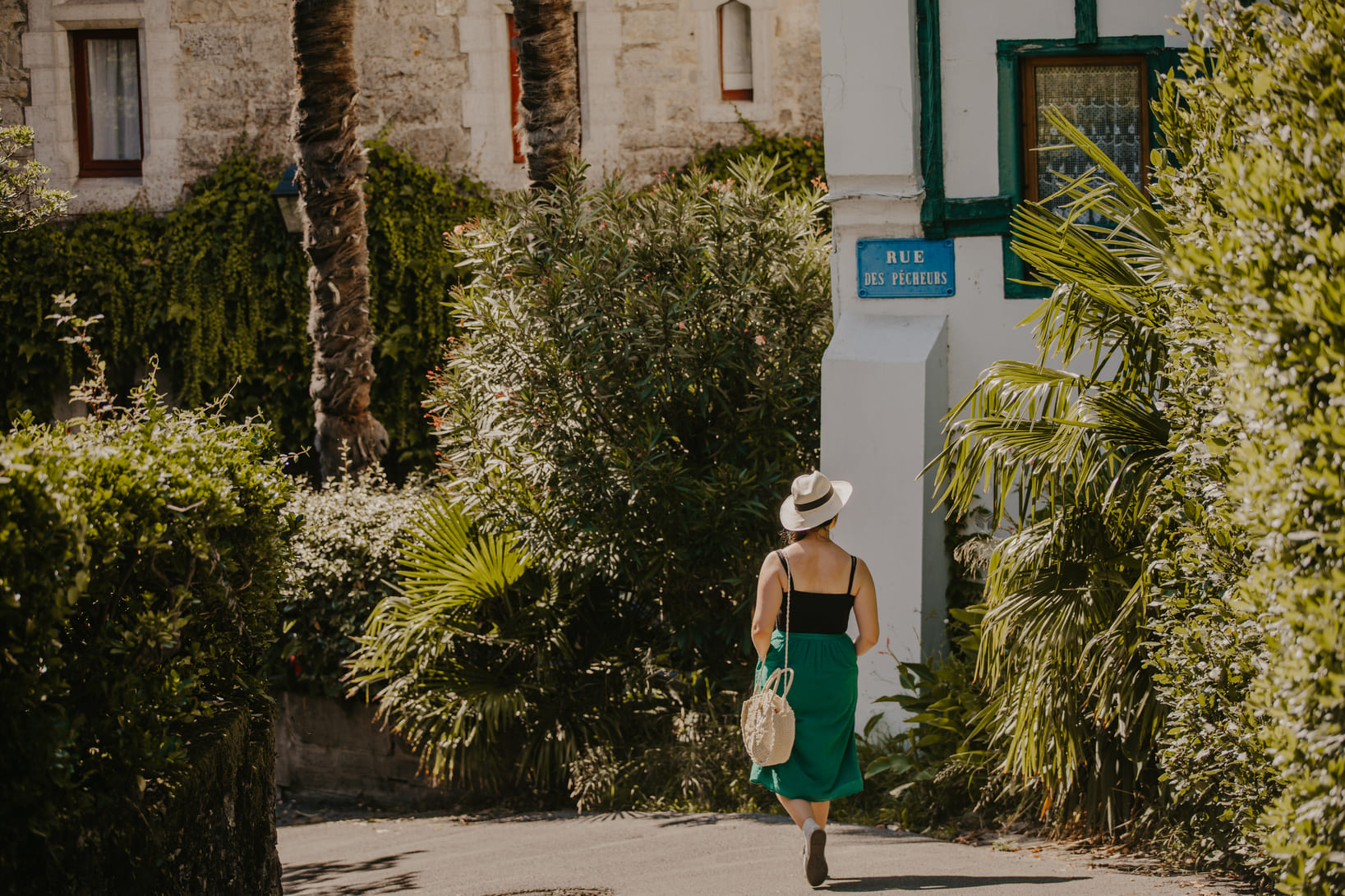